"Leave behind only what is necessary...." She looked up as she stood with a spray paint in one hand and a file in the other. "But.. sometimes it's necessary to let them know who did it." The smile on her lips became more of a grin as she swept her arm across the stone wall of the building, leaving a nice, bright blue asterisk on the wall.

Astrix is a Technomancer who does not enjoy doing jobs in the "real world" or being up in the action- unless she can control it. She stays in the back and works mainly through the Matrix. She carries a Sniper to assist from afar, and a machine pistol incase something gets too close.

Astrix wishes to eventually live up to the ideal she had of her parents. And potentially to meet the man who led to their demise. He ruined her life- she wishes to ruin his.

Born an elven SIN-less, to Human Runner parents, Astrix grew up in the shadows, her family moved frequently. Her parents were careful to keep her separated from their runs, never taking her with them, or letting her meet anyone from their team- leaving their daughter woefully unprepared for the life that she was destined to live. She has met one member of their team, a Shapeshifter Techno, he showed her all she needed to know. The Matrix can be manipulated. And he showed her how- the downfall- he is the one that killed her family. All she had in the world, was riding on him, and he drove them straight into a line of gunfire.

Her parents died when she was ten. Leaving her alone in this big, dark, shadow of a world. She left her home after being evicted and lived on the streets for a while, picking up enough fighting skills to be left alone. Eventually she found the School, a non-profit that had rooming. She lived there for years, learning and educating herself. Teaching herself how to get in and out of the Matrix.

Her roommates joined her life soon after she moved in. Alyss and Jamey. The two who seemed inseparable, always together, always online. Once she started disappearing for long periods at a time they became worried she would get herself in trouble. They decided they would be joining her in her ventures and have since become Runners, Alyss leaving her almost-normal life behind without a second thought. The three see each other rarely outside of the room, but they spend a lot of time staying together and talking in their room.

After she got the hang of it she would do small jobs, Pirating, Snagging info she shouldn’t be able to get a hold of. Just generally being a nuisance. As she was so young people would tend to disregard her, making her a good Tail, and a good Pickpocket, thief from Stores and homes. Small things. She left her given name behind- her parents were trying to protect her, to help her live normally. They gave her what they saw as a “Normal Name”... Not that it was even known to anyone. She took the name Astrix on her own, leaving only the mark when she was done. When she turned 16, she went in for a job, with no backup or team, she went alone- Alyss and Jamey were on their own run. There, people were waiting for her, perhaps her informant had given up information, perhaps they just knew someone wanted it. Whatever the reason, she was severely unprepared and went straight into a line of security waiting. With no actual weapons, she was at a disadvantage. They attacked. She ran. One of them threw a grenade that landed a bit too close to her. The building collapsed around her. It may have just been a hallway, but to her the entire building came down. She was left for dead, and was written off as it. A few hours passed by when she woke up, hidden under the collapsed ceiling, that- lucky her- was held up just enough for her to stay alive. She crawled out and made her way down the hall, her hand wrapped around her shoulder, bleeding heavily. Keeping her mouth shut was difficult, she wanted to cry out, to sob in pain and mourning. She had managed to lose her arm. The grenade went off and blew it away.

Walking the streets like that back to her room was a mess. When she finally got back she collapsed just inside. Alyss and Jamey had heard her come back and seeing how injured she was and stabilized her enough to survive until they could get to a Street Doc. They walked her to a Cybernetics engineer/Street doc Jamey knew, and she got her arm replaced, at a cost. She took the rest of the money she had from the stash she found from her parents, and paid it off, along with some of her Essence. She learned the art of Virtual Reality, moving in it, Hacking in it, Being in it. She decided she didn’t want to put herself in that position again. She wouldn’t go in, she would go in.

Learning how to use her arm again, she fell in love with the look. The Cybernetics, Bioware. She fell in love with it quickly. At age 19 she decided she was going to go back to the shadows. But this time, she would be prepared. She had her hand skinned again, got a few modifications, small ones. She changed out her eyes and got her bones mod-ed. In addition, she got some cosmetics done, tattoos and such. She planned to get a Cerebral Booster done to help with interpretation of data and speed of reaction. She felt it helped with pain if you got Dumped.

Feeling prepared she is ready to go back to the shadows. Ready to try again, and this time, find a team to go with her. Keep to herself, and never to rely on others, they will rely on her. But she will not let them down. Not like so many had let her down. She continues to live at the school when times get rough, and stayed pretty loyal to them, paying money when she had it in thanks.

Astrix tries to be as reliable as she can, how ever she strives to not rely on others too much.

She feels the most at home in the Matrix, but dislikes how it could leave her so vulnerable. 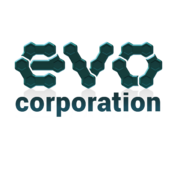 "'The annoyance known as the blue mark, has been dealt with' claims head of Evo, Seattle sector."

"Girl has Been Killed After Unlawful Break-In Attempt."