Ares driver who got messed up during the Desert Wars competition. Ares refused to put him back in the drivers seat...without a bug...and he took matters into his own hands.

Make an entire task force of Drones that can respond to any variety of situations.

Jerry thought his life was awesome. His parents secured positions within Ares, both of them being practical machinery and efficiency savants - their talents helped secure a position in ARES, which allowed Jerry to work with all the technical toy drones that he could get his hands on, and it soon became apparent that he had a gift. He was raised to be a rigger and participated in Desert wars, his first and last - as a live fire rocket found his command truck and almost severed his spinal chord. Ares said they could help...so long as he accept the bug, needless to say the answer was "NO". 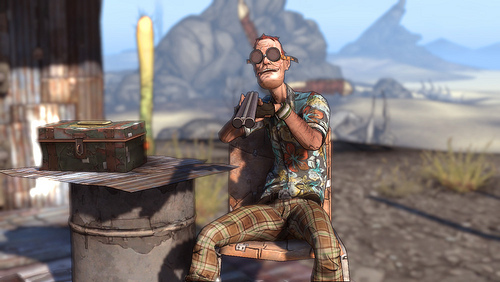 Usually in an armored jacket, Hawaiian shirt, and khaki shorts.