Get That Glitch A Cannon

2 blood mages were running a blood mage cult worshipping Alt Wolf, but they later turned on wolf in favor of Raven, but seeing how Kani was in need of power, Alt Wolf decided to test her by killing the 2 mages. 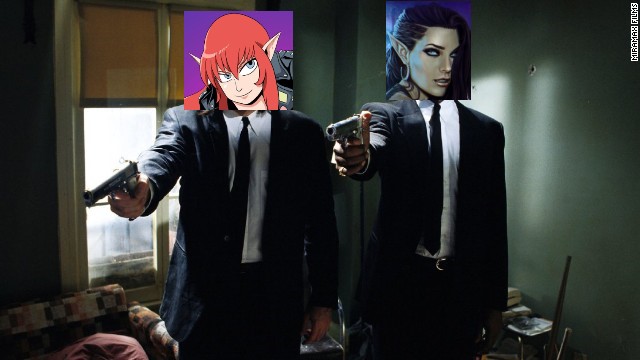 Kani went around Bellingham looking for traces of the mages. After much hunting and money, she found one of their commcodes, then called up Purkinje to hack the commlink and trace their location. Purkinje was successful, then they stormed their hotel room and killed the mages.

2 blood mages were killed and set on fire

I came in partway through this one, so I'm not completely savvy on the details. What happened is I got a call early in the morning, asking for me to trace a commlink in Bellingham. I was able to get a pretty good signal thanks to my new fresnel fabric cloak, but the commlink turned out to be beyond bleeding edge - up there with my Fuchi Cyber-X7. I managed to get access regardless, and 01 helped me trace its location to a hotel room. One payment to a local smuggler later, I found myself driving to Bellingham, where I squelched a couple of commlinks long enough for Kani to kick in a door and light a blood mage on fire with her gun. The other one jumped out the window in fear. She lit him on fire anyway. All in all, an interesting day.

Wolf contacted me through my dreams and offered me her blessing in exchange for hunting down two members of her pack that had abandoned her in favor of other mentor spirits. I did some poking around, found an info broker up in Bellingham that pointed me in more or less the right direction, though apparently exception was taken to my lines of questioning. Two gangers tried to knife me in my motel room, but quite clearly didn't know what they were up against, and I managed to get to my rifle and put both of them down with S&S. After waiting for them to wake up, I asked a few questions, got the commcode for the one who hired them, and called in Purkie to help track them down. Both targets were in the same hotel room, and 2 DU rounds later, both were KIA and burning to eliminate evidence. After that, Purkinje and myself returned to Seattle.