Thank you for continuing your subscription to Horizon NewsNet™ where "We Know What You're Thinking!" I'm Charli Relford, voted "Most Trusted Anchor in Seattle" by Horizon Internal Analytics three years running!

Our Top Story tonight: Many people are celebrating tonight as their friends and loved ones, many of whom were presumed missing or dead during the events of Matrix Crash 2.0 nearly eighteen years ago have awoken from comas and are returning to their homes! 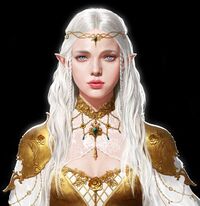 The reason for this sudden miracle? Cecelia Cross of Cross Applied Technologies. The young heir-apparent of the former AAA corporation has been using her personal funds to run a hospital, dedicated to finding and preserving the lives of those affected by Crash 2.0. The Lucian Cross Memorial Hospital is located in Tacoma, not far from the I-5, and up until yesterday, housed over five hundred coma patients who had been that way since the crash. Cecelia was born in Quebec, but soon after the crash moved to our fair city due to Cross losing it's AAA status. However given this sudden turn of events, and finding that out the humanitarian efforts that Cross has put forth, CATco stock has begun to rise dramatically.

When asked for an interview, Cecelia Cross had this to say about her amazing work:

[The feed shifts over to an attractive white-haired elf, wearing a designer dress with small tears welling up in the corners of her eyes]

"It feels so surreal. I was only four years old when the Crash hit, and I felt my entire life was being pulled away from me. My poor cousin Lucien was tragically killed in that plane crash and without his leadership so many were lost. I knew I had to do something, and so I fought with everything I could to earn my way to my position today. I established the Lucien Cross Memorial Hospital so that those who suffered loss at during the Crash would be able to feel some hope, and now their hope has been rewarded as they wake."

[[[Cecelia Cross]] holds her hands over her heart in the frame of the camera and dabs at her eyes with a handkerchief, some of the camera feeds almost seem to sparkle before zooming in, and framing her perfectly.]

"Of course, this world can be harsh, especially if you don't have a place in it, and so many of those who woke up today will be lost. So it is my honor to announce that all of those who wish it, once they have properly recovered and been given paid leave to spend time with their families, will have full contracts with Cross Applied Technologies and it's many subsidiaries. I will ensure that they are able to come back from this trial stronger than ever. Thank you."

[The feed returns to Charli Relford, with the picture-perfect smile of a news anchor]

A futurist, a selfless philanthropist and now a job creator. Perhaps the Corporate Court was too rash in removing Cross Applied Technologies when they did. With this new information, Cecelia Cross seems poised to take the market of medical technologies by storm, as the Lucian Cross Memorial Hospital will now also be specializing in various mental health diseases and psychological processes for trauma like that caused by Crash 2.0. I for one am grateful that our fair Metroplex has an angel like Cecelia Cross.