Led by the dragon (feathered serpent) Naheka, oyabun of the Naheka-gumi. The Naheka-rengo Yakuza is an alliance between the Naheka-gumi of Hawaii, the Sumiyoshi-kai of Philippines and the Kawaru-gumi in Australia. The Hidenaga-gumi of Aztlan also used to be a part of the alliance before they were wiped out by Aztechnology (David Cartel) during the Tempo wars. The Naheka-rengo is the most powerful syndicate presence in Polynesia and stretches all the way to the edges of Vladivostok, Russia.

Naheka-Rengo presence around the world 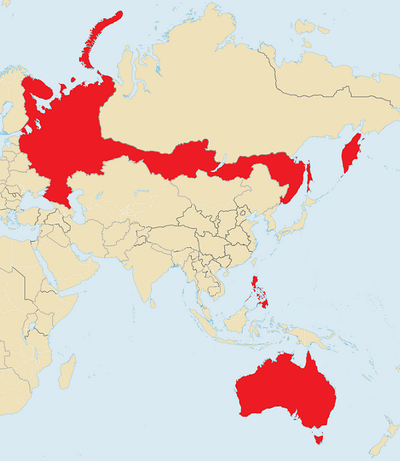 The Naheka-gumi itself has deep ties to the Watada-rengo, with Naheka being the disciple of the great dragon Ryumyo. Naheka and his syndicate has immense pull in the ALOHA movement, steering it away from the anti-Japanese sentiment and turn it into a political tool to maintain influence over Kamehameha, the king of Hawaii.

Unlike traditional Yakuza clans the Naheka-rengo, especially the gumi in particular shuns away from traditional Japanese style beliefs, adopting many aspects and aboriginal culture from Hawaii and Polynesia in general. A large number of metahumans, especially Menehune are part of the Naheka-gumi. The Kawaru-gumi is run by Japanese orks (oni) and trolls and have a large number of goblinoid members. The Sumiyoshi-kai are probably the most traditionalist of the three members of the syndicate alliance. Having lost the Yakuza war and their status as a "gumi" the Sumiyoshi were exiled to the Philippines and had to adapt to changing times allying themselves with a dragon to maintain power and influence. After their alliance the kai were handpicked by Naheka and reinforced with paramilitary forces. They have the strongest combat capabilities of any Yakuza clan outside of MCT itself.