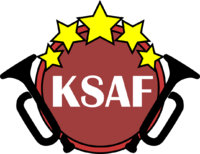 The local HQ of SpinGlobal was evacuated earlier in the night as thousands of dollars of dommages were being inflicted to the building by it's own fire security systems. Sprinklers soaked every levels and every room in water as the SpinGlobal citizens were forced to gather outside and watch their work be destroyed. Reaching out to SpinGlobal yielded us no explanation outside, and i quote "SpinGlobal blames the city of seattle for not having turned off the water intakes fast enough after we notified them of the incident and will seek legal recourse.".

During our independant investigation, we discovered from reliable sources that the building actually was attacked from it's roof, where the atackers proceeded to destroy a deltaware faciliy. We also have exclusive images of the facade of the building, vandalized to say "SpinMad" instead of the classic SpinRad [SpinMad.img], the facede later diffused images of the HTR team getting to deal with the threat.

In total, our informants estimated the total damage 50 Millions, including the stock price dip, repairs needed and work lost. Sadly, we are unable to estimate precisely but we know Crashcart was called and lost some of their patients, as their stock price crashed (pun intended) somewhat following these events.