Sting operation on poachers in Paris

Arrest of two members of a poaching circle near Paris 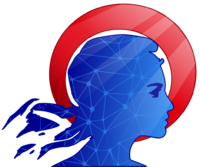 On this day the Neo-PD forces proceeded to the arrest of two (2) delinquants that were known to have taken part in poaching activity on their property at Bobigny-sur-Seine. Thanks to the information collected from their devices in the days preceding their arrest, Marianne was able to direct the Neo-PD forces to the scene of their next offense, where an arrest was made swiftly and according to protocols.

The arrested delinquants were [Jeremiah dupontain.lnk] and [Matthias Hort.lnk], they both pleaded no contest as suggested by their attributed VRAdvocates. Their sentences are of 20 000 Euros in fines to be paid as higher taxes (30% increase ceiling) and 2 years in Reeducation centers for non sanctionned magic use in the public space, in addition to the usage of type B spells without licence.

[Matthias Hort.lnk] Will have to serve an additionnal 3 years for it's non-registeration of it's magic abilities in the Marianne Awakened registries, as well as follow the appropriate rituals for Awakened felons.

Neo-PD and the French Government wishes to remind every citizen to register themselves once every month in the appropriate city hall hosts to ensure their compliance with the latest laws passed in the Cyber-Parliament.

Have a fantastic evening.

This morning our reporters got a tip from a person that shots were heard near café Bouillancourt, where antiterrorism procedures of lockdown were engaged. You can read our interviews of the staff and customers that experienced this shocking event firsthand :

With these statements, we can conclude that yet again the marianne security system have blind spots, conspicuously always towards the more rich part of the population ! Another question our investigators are looking to elucidate is, what was the Vatican forces doing here, so close to the FCC? If any reader have a tip, anonymous or not, please register [here.lnk] and we will contact you discreetly as soon as possible !