Lucky, funnily enough got lucky, his contact was able to tell him where the Hand of Five hideout Caleb ran was. They also hired Energizer to do some research, netting them some details about the guy, his photo and his listed home address.

The duo investigated the home address, and found that the place was lined with plastic explosive, clearly rigged to kill anyone who entered.

They proceeded to the HoF hideout, and enroute, encountered a mysterious group of armored vehicles, all sporting the same vehicle badge, apparently doing a grid search of the area around the HoF hideout. 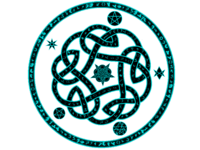 When the duo reached the hideout, just as a black sedan was leaving, MK sneaked inside, passing the door guards, while Lucky walked up the side of a ten-storey crane. Inside, the HoF had obviously just found out about the hunt, and there was an uneasy standoff as some of the group wanted to kill their leader, and claim the bounty.

MK used the standoff to her advantage, firing an unsilenced sniper rifle at short range, nailing two of the goons on the spot. Lucky jumped from the crane, killing two door guards, then parachuting in.

Caleb attempted to grenade his opponents, but unfortunately killed just about everyone in the conflict. This made easy pickings, Lucky firing a shot through three barriers to kill Caleb, MK rushing in to snatch his head. She dashed outside, gunning down one of the two remaining doormen as they fled, then dived into Lucky's car... Just as one of the bounty hunter's cars turned up, alerted by the sniper shot, and fired a harpoon at Lucky, parachuting in through his car door. MK destroyed the BH's car's engine, and Lucky floored it.

And they were off! Hooning though Pullayup, the hunters persuing them. First, the disabled car harpooned Lucky's Jackrabbit, getting a tow, before lucky shot the rope. MK, however was dealing with a different problem - They were preparing to rocket them! She lined up a shot, and fired down the tube of a bounty hunter's aztechnology striker as he fired, causing the rocket to detonate, killing the troll and totalling their Bulldog. After that, the two runners escaped, safely delivering their head to Herron Island Estate.

Lucky and MK successfully delivered the first head on The Bounty List.

<Heads will roll.trid> A trid cut together. It begins with a Distorted voice Saying "You are Lucky, i got info on a place where he hides currently, while drums play in the background. Then a cut to Lucky putting on what seem to be very heavy boots. Music slowly building. Scene from inside a car, several bulky cars can be seen in the distance with a logo on them, the music drops to quick but quiet tones. A Flash pic of a Building Crane,music rises again. Then in a split screen on the left you see Lucky walking up the Crane, while standing horizontally, on the right you see from a shoulder position a group of people arguing an the target being visibly upset, it seems as if half his people want the money and half want to protect him. Music rising slowly. Lucky has now reached the end of the Crane Arm, he is wearing a Daedalus suit with Parachute and his Ultimax. He looks down at one point out of view. On the left side the person rises its weapon and aims at the target. Music cuts. <heavy breathing.sim> plays as the vision in both parts of the screen narrows down to the target and Lucky. Then Lucky jumps off the crane in the same moment the other person shoots. Music drops into a metal beat. Inside the building chaos breaks out as both sides now begin to fight. The target whips out an Alpha and launches a Grenade. Slow Motion(Fullscreen) The grenade travels forward, hits the ground but bounces back towards the target and explodes midair Slow Mo End Cut to Lucky who aims at two thugs outside the entrance as he nails both of them in a single sweep and pulls his cord and adjusts the fall. Cut back inside where the Target still stands and the other person takes out one other thug who survived he explosion as well. So far you count three people still standing including the target out of initial 8.
Cut back to Lucky who is now flying over the building, his smartgun beeping that despite having visual feed on the target there is a lot of walls to penetrate. he takes the Shot. Quick Cuts of Guncam, Inside Cam and regular cam as the Bullet travels through the air, hits the roof and hits the target right in the chest. Smartgun Stats show: Kill confirmed, Triple Penetration. Inside the other person runs, cuts of the Head with Cyberspurs and continues to kill one other dude, while the second one gets shot yet again through the roof, a quick Smartgun Flash "Kill Confirmed". Outside the last Thug takes a run for its life as the other person with the head in their hand makes a spring to a Jackrabbit rolling up. Cut back to Lucky who gets targeted by a Harpoon shot from a vehicle that you saw earlier, he dodges that and makes a perfect landing in his Drivers Seat. The other person, which face has been blurred out takes a shot at the Harpoon Vehicle. Cut to a view facing forward through the windshield, fitting to a screeching transition in the background music , a Harpoon enters the field of view as it penetrates the car and is now stuck between the Passenger's and Driver's seats. You hear the engine roar a single shot and the snapping of a rope. The Car makes a hop forward and accelerates. Cut to the rearview mirror, a Troll Exits one of the other cars which have arrived on the scene and aims a rocket launcher. The Person in the passenger Seat leans out of the window and shoots, the video ends with a Slow motion explosion of the Rocket inside the Launcher.

That was a fragging mission. Bombs in houses, teammates swinging off cranes, taking a guy's head from between two of his goons (well, I think these were ones that wanted to kill him, actually), and to cap it all off, a high speed chase from riggers and SNIPING A FRAGGING ROCKET DOWN THE BARREL OF A LAUNCHER!!! I'm just gonna watch that video again.