Strange things are happening in Sophocles. The neighborhood can't seem to catch a break.

Katsura contacts Ty. She says there are bad astral vibes coming out of Sophocles. Deferring to his better physical skills, she asks him to check it out.

Arriving, Ty finds that there are an abundance of technology spirits in the area, though none are overtly hostile. When confronted they are quiet about what is going on.

Ty looks around the area and finds dual natured sigils painted in alleyways. These are painted in blood in a language he does not know. At first he pegs it as some ancient writing due to the fact that they are sigils, not letters. But he isn’t educated in these things.

He tries to taste the blood, making sure it is blood. Then he breaks one. Taking his knife, he carves out part of a sigil. The resulting astral scream is painful. The resulting glass spirit that thrust itself in his face was just rude. Ty was warned NOT to do that again. As the sigil broke, the pleasant astral feeling retreated out of the alleyway. These sigils did appear to be anchors, and they were responsible for what was going on.

Ty makes his way to Sophocles and looks out for some of these Sigils. He finds some and checks them out. They appear on the astral. Ty deduces that these are written with an alchemical prep. He tastes them and determines that they are written in blood, but not metahuman blood. He then decides to scrape one away and break the sigil. As he does it emits a slight astral scream.

Ty feels he is out of his league and calls Katsura for some backup. She gets some other runners in the form of Red Rain and Waldgeist. They show up and begin brainstorming.

They did find a strange structure guarded by spirits. It appeared to be an abandoned office building. It was warded, and guarded by concrete spirits. They tried a bit to sneak in, but the building also had a guard on the roof. A spirit of man that was friendly, but took his job very seriously. They decided to investigate other leads for now.

They decide to ask some locals for help, finding a former Halloweener speaker at a community center. They ask her what might be going on, but she can’t provide much. Ty decides to get a better ariel picture of the area and goes into the bathroom and projects. He sees and waves to a watcher spirit, but since he is not being malicious he dismisses it. Turns out it was a snitch, and when Ty came back there was security waiting for him. He was politely asked not to do any more funny business.

While there the other members tried to find out more about the symbols. Red Rain found references to them in a forbidden lore book on the matrix, but couldn’t find a digital copy. Waldgeist called Hideo Masamune, who she knows has knowledge about many eldritch things. He did help. Using his resources, he translated a few. 5, to be exact.

Still, this was not a lot of information. The group decided to bring out the big guns. Sophocles was Jack’s domain, and they thought he might be able to help. But, Jack is hard to reach sometimes. The group asks the speaker for help, and they performed a calling to get him here.

Jack does arrive and greets everyone. They plead their case for him, asking for his help. He wanted to be shown the sigils. They took him to the one Ty broke. He immediately pegged them as Enochian, a language he said few knew. He mentioned the mage Babylon, a somewhat famous Runner. He asked if this was her doing, but they were unsure. Jack also showed he was capable of repairing the anchors. As soon as he did, the area stabilized.

They decided to visit the “old man” that the speaker mentioned. This probably wasn’t a good lead, but they had very little to go on. They went to the office of Ezekyle Burton. At first glance it appeared he had moved into a nice office, but a closer look revealed the place to be a bit of a fortress. Kyle met them through a projector, talking about how busy he was.

They did meet a very interesting spirit. It appeared to be made of beer. It was friendly and Jack said it was ancient, and rare. Ty had heard of such things. Avatar spirits, they are called. Like mentors but rarer, more free. It offered drinks to everyone. Red Rain took it and found that it was something she could drink despite being a ghoul. Waldgeist was hesitant. Shark was holding her back. Ty had no reservations. Ignoring his mentor spirit, he took the drink and drank it, binding himself to this new avatar spirit.

They decided to leave and as a last stop visit the strange office building. Jack scoffed at the rigid, proud concrete spirits. They refused to allow him to enter and he took that personally. Ty mentioned the spirit of man on the roof and he went to talk to it. Ty followed on the astral. They had a conversation in a language Ty did not know. Jack appeared annoyed.

Coming back he confirmed what Ty had said earlier about a “Spirit Union”, promoting freedom and a safe place for all spirits. Ty was onboard with the idea, but concerned about what this might mean for Sophocles. Jack said they follow a “god” and that this god supports them and wants them to be free. He says that the god doesn’t want to rule, but to guide and help. Spirits are often unsure of what to do with true freedom, and the god wants to guide them along and nothing more.

They learn the god’s name is Zaleos. This doesn’t ring a bell but they can investigate it later. Jack doesn’t think he can help much more and decides to say goodbye.

The group ponders on all of this. Amidst their pondering, a figure walks out. It appears to be a large metahuman with a sword. It immediately gets assensed by the Runners. What they find is somewhat concerning. With their combined knowledge, they perceive that this is a Tsuchigumo warrior inhabiting a person. They decide to tail it. Ty follows closely, with the others far back.

Ty follows it into an alley where it pauses, clearly suspecting something. Wanting only information, Ty drops his illusions and walks out. It doesn’t immediately cut him in half which is promising. It states that it is a mercenary. It wouldn’t reveal its client, but did reveal its target. IT asked them for a minor favor. After, it revealed that it was hunting a tall, blonde vampire known as the crow. Infamy is a terrible thing. There’s only one Crow of Seattle. Ty wished the spirit luck and warned him of her fearsome reputation.

After hearing about the business with Charon, Red Rain and Waldgeist decided to leave. Things were getting pretty heavy around here and they didn’t want to stick their noses in places they didn’t belong.

As a last thing Ty decided to try to stick his head in the warded building. Projecting to the second floor around the back he looked inside…

…And saw some real chaos. Ty has never seen an astral gateway in person but has had it described. This puts that description to shame. This was a permanent astral expressway. There were lines of people, spirits, and waiting areas. It was like an airport terminal. Intimidated, Ty left. He needed to find someone who could make better use of this information. Something strange was going on, and it was way above his head. 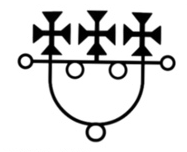 Ty remembers Jack mentioned Babylon. He knows she has a reputation for being a powerful mage, so he passes this information on to her.

2,000 Nuyen (1 RVP) because Katsura thanks you for figuring this shit out

In over my head is an understatement. The magic I was taught and the magic I saw are two different levels here. It would take a more accomplished mind than mine to figure out everything that's going on. Hopefully Babylon can help them out.