It Is Wednesday My Dudes 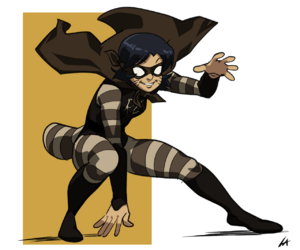 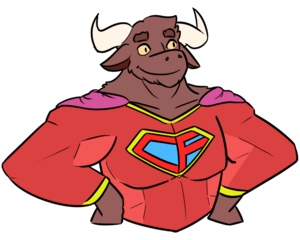 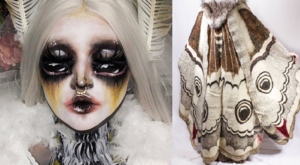 The runners were invited by would-be super hero Brick Frog and his sidekick Rock Ghost to help solve a theft of a truck of Dr. Pibb from a local soda factory. The two established superheroes - Captain Freefall and Raccoon Girl (Trash Panda) were joined by newcomers Signorina Falena (Moth) and Hybrid.

The runner heroes investigated the theft and discovered Land Lobster's accomplice at the soda factory. They then tracked down Land Lobster at a bar in the orc underground, where he was on a K-10 induced rampage of violence. They were able to apprehend him, and turn him over to the City Watch.

Brick Frog and Rock Ghost wanted to become part of City Watch and were in the process of being evaluated for reserve membership.

A truck of Mr. Pibb had been stolen from a soda factory by a costumed criminal, dressed in a crawfish-like mascot costume, called Land Lobster.

The heroes met with the johnson Brick Frog and his sidekick Rock Ghost in his secret lair south of Puyallup. It was a large warehouse. The furniture was made from bricks. He shared the video footage of Land Lobster stealing the truck full of Dr. Pibb. The two of them were going to investigate a lead on the possible location of the missing Dr. Pibb, while the runners tried to track down Land Lobster.

The heroes were happy to take on this job, knowing the payment would be justice.

The costumes for Raccoon Girl, Captain Freefall, and Signorina Falena - her face and the back of her cloak - are displayed to the right.

Hybrid was in a japanese-styled white short kimino dress with blue tiger patterns across it, with a long white coat, and 2 small glowing blue LED tattoos in the form of tiger stripes below her eyes. When her smartskin (nanotech) is active, it forms a silvery sheen of dermal plating across her form with glowing blue lines of energy across her figure, magnified further in brightness and potency when it's on overdrive. Nanites form impact plates (or blades) along her fists and feet (whatever type of attack she's using).

It was time to investigate. Captain Freefall and Raccoon Girl did a matrix search and confirmed that a lobster uniform had been stolen from South Auburn High School about a week before the Dr. Pibb theft.

Once they arrived at the soda factory, they were met by a young man in a security outfit, named Carl, and often called Junior. His little brother was a huge fan of Captain Freefall. He recognized him, and was glad to take the heroes to meet his supervisor. The supervisor was an older orc. He took them to the spot where the truck had been filled with Dr. Pibb and then stolen. As they studied the crime scene, Signorina Falena observed that Land Lobster had dropped a bit of drugs - a white powder. None of them could immediately identify what drug it was. She also noticed that it was impossible to fill the truck without the support of a second person over in the plant tower. There had to be an accomplice. They studied the cameras and realize there should be a chance to see who was in that position.

As it became clear that they were going to ask to see the cameras, the supervisor reluctantly agreed to take them to the security spider, but his suspicious ways - looking like he was trying to run ahead of them - had Signorina Falena and Hybrid suspicious. They alerted the others that the man was trying to hide something, and possibly planning to sabotage the camera feed. Captain Freefall and Raccoon Girl guarded the suspicious supervisor, while Signorina Falena and Hybrid - who had more keen eyes to detect suspicious intentions - continued on to meet with the Security Spider, with Junior in tow as a witness. The footage showed an ork who was extremely familiar with the space and camera layouts, so much so that he was able to stay in blind spots, with only his hands visible as he worked the levers. But his hands had a rather distinctive gang tattoo. Signorina Falena was able to recognize it as belonging to a small gang working for Ziz. They obtained a copy of the footage for evidence. Hybrid confirmed it was not doctored.

They returned, explained what they'd found to the other heroes, and confronted the suspicious supervisor. With Signorina Falena and Captain Freefall working together to convince him to cooperate, he soon confessed all. His hands - with his gloves removed - matched the footage. He was paid by Ziz to help anyone who came by to steal from the company. He'd had trouble finding any work with his criminal history and prior gang association. He had no family. He didn't make much money. The extra money had been too tempting. Captain Freefall gave him a stern talking to, and he agreed to consider a more honest life, with a role as an informaant to KFAS (the newspaper where Freefall's alter ego works). He didn't know where Ziz or the guy in the lobster suit were.

Raccoon Girl summoned an earth spirit to hunt down the lobster suit, now knowing the spirit should focus its searching in the orc underground. It began its search.

As they waited for the spirit to return, Hybrid did a matrix search on the Ziz gang symbols, and found a ganger posting in the barrens to the south of where they were. Another good lead. Signorina Falena considered how best they could get down into the underground in that area, and recalled a club with an entrance on the surface, and an exit down deeper in the underground. The spirit returned and explained that it had found the lobster suit, with a very angry man inside, causing violence in a club. The same club! They were already on their way there.

Signorina Falena helped the three of them in the car talk their way best the guard checkpoint, convincing them they were headed to a costume party and were part of the entertainment, dancers. It worked. Captain Freefall flew to the club on his dustup and landed right in front of it. They could see smoke and hear gunfire. A crowd was fleeing. The cab of the truck (without the Dr. Pibb container) had crashed through the front of the club. The troll in the lobster suit was in a gibbering rampage, armed with a machine gun. The villain set up suppressing fire at the entrance to the club.

Captain Freefall drew the fire to himself, walking along the ceiling, so Land Lobster aimed up at the ceiling rather than at the floor where the others had taken cover. Throughout the fight, the minotaur's pecs of justice shrugged off a great deal of damage, protecting the others. He also created a radius to heroically sacrifice himself for all - civilians too - in a radius around him.

Hybrid protected the others from glitches, and activated her dermal plating. She moved up into the melee fight with the Land Lobster.

Raccoon Girl focused first on putting out the fire from the burning truck that threatened to cause a great deal of property damage, channeling a water spirit, and hitting it with jets of water.

Signorina Falena gave rallying speeches to the team, allowing them each to take more actions that they thought otherwise possible.

Captain Freefall showed off his martial arts with a series of strikes, keeping the lobster focused on him, and enduring his blows. Raccoon Girl soaked the lobster with another jet of water, reducing his defenses. Hybrid managed to land the decisive blow, hitting him in just the right place, and knocking him unconscious.

The heroes removed the lobster costume so it could be returned to the school, and then secured him. With his mask removed, they could see he was infected! A vampire-troll, high on K-10. They still needed to confirm what had happened to the Dr. Pibb. Had he done something nefarious with it? Captain Freefall and Signorina Falena helped provide medical assistance to the bystanders who had run outside when the villain crashed in with the truck, and also made sure to keep the unconscious villain alive as he came down off the K-10.

They cleaned up the damaged bar as much as they could, and made arrangements to return the stolen truck cab to the factory. They called the johnson. Brick Frog and Rock Ghost had tracked the container of Dr. Pibb, and verified the liquid remaining had not been tampered with. They agreed to meet at the City Watch headquarters. Captain Freefall called his contacts there to set up the meet.

The City Watch has a cell for infected trolls where they could hold him, and were pleased by all the information the heroes had gathered.

They were able to verify that the remaining Dr. Pibb had been sold to Ziz, and had not been tampered with.

Signorina Falena here. This was my 28th run. This was a lot of fun. A great team. I like being a hero. We helped reform one bad guy, and cleanly apprehended the truly terrible one. Now I will probably be known as a sidekick to Captain Freefall. The heroine best known for her investigative eye and rallying speeches. Signorina Falena. She has eyes on the back of her wings! And I'm in more video footage going straight to the media and Horizon. Good thing I was ready with a costume and look that totally disguises my face. Maybe I have been working on this since Raccoon Girl mentioned she had a hero identity and costume! I would definitely be glad to work with this team again. Very good-hearted folk, with a love of justice, and great teamwork.

That land lobster troll maniac was absolutely out of control with whatever drugs he was on. He was really tough too! I managed to land a clean shot with my fist to his gut which managed to do the trick and knock him out though. I may have hit a weak spot there. It was all thanks to the team I was with, and I would be really glad to work with them more often. Racoon Girl, Signorina Falena, and Captain Freefall...you are all awesome!