Tired of running alone, Keelback is currently trying to join the Ancients. During the Ancients training, Keelback has started to emerge as technomancer, but they don't understand what that means yet.

Figure out this Resonance thing

Give the Ancients a solid reason to keep them around

Keelback's Mom was Sinless, and Dad was a serial arsonist with a criminal SIN. He made his money on arson insurance scams, and, when the heat got too high, he'd burn down the family home and have Mom collect the creds with a fake SIN. Keelback killed him after they found out his latest scam included collecting Mom's life insurance. He called it their "birthday present". His body joined hers in the charred remains of the burnt home, and Keelback walked away with the cred stick.

Keelback contacted an old friend of Dad's, and used that credstick to get established in the shadows. After a couple of years of running alone for drek pay, Keelback reached out to the Ancients. 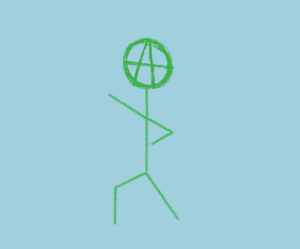