This metaplot deals with the unfortunate Mr. Toshi Nakamura, a brilliant drone designer who has gained the attention of many big players who believe his talents can be best applied elsewhere.

Shiawase is Mr. Nakamura's home corp and quite frankly where he would like to go back to working thank you very much. Under them, he developed the Jorogumo drone, a state of the art military spec combat drone. This drone was destroyed in the events of New Opportunities. 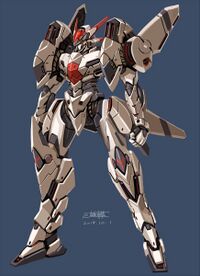 Formerly held Mr. Nakamura, their intelligence made them aware of a window of opportunity to acquire Mr. Nakamura as an asset in New Opportunities, where a team was hired to bring him into the Wuxing family. They lost Mr. Nakamura to EVO in the events of Drone Catcher, and The Hana Drone was dispatched back to Shiawase territory carrying personal messages to Mr. Nakamura's family.

Saeder-Krupp currently holds Mr. Nakamura, having obtained him in the events of Aggressive Research. They intend to question him about The Jorogumo Drone, and make use of his skills for their own gain.