Time has proven to be the ultimate deceiver

It cleared the space so the new gods could have room

These gods are newly raised, and will surely fall

Just as all that preceded, they will become ashes

For now they may romp, roll and brawl

But their own praise will soon be ripped from their clenches

As Seattle shakes from various battles and magic, old things begin to take notice. Entities once thought dead and gone now rise from the grave. Followers of these once forgotten entities begin to act again, their actions bleeding into the shadows. Now that these begin to stir, the question becomes where will the pieces fall and what will truly be awoken.

Cults, spirits, technomancers, and everything in between are in a scramble to attempt to either create, revive, or heal ancient entities on the matrix, meat, and astral. Each of these factions have seperate goals that all are pointed at one thing, the summoning and emergence of an entity only know as "the horned god". With these groups

Cult of the Horned God

Worshippers of the astral entity known as "The Horned God." All of their members covert and being among both the mundane and the aware they keep all of their actions as hidden as possible. While some claim that the "The Horned God" was slain at the start of the 6th age, these followers continue to search for different spirit formulas that have relevance to recreating "The Horned God."

They see the present violence within the Sixth World as a part of the natural order and that it is only natural for the "The Horned God" to be resurrected.

Juniper Riveras Killed in the ACHE by Artemisia

The Heavenly Host is a technomancer tribe with ties to a mysterious Matrix god. They are known to take hosts hostage and remake them to look like the stereotypical cloudy heaven. They are loyal to whatever they are serving within the Matrix and view the plights of technomancers as the worst thing to be happening. Their goal is make the matrix free and unbound, before intertwining it with the meat world.

They have ties to the Cult of the Horned God and several other groups with relations to the "The Horned God." They are openly recruiting technomancers and those that are affluent in the Matrix. With initiation in the group requiring a trial by fire against a target that the group sees as challenging.

Azazel-Leader of The Heavenly Host and powerful technomancer. Is serving a mysterious matrix entity and is very compassionate to those that may work for him. Seems himself as a guardian of the matrix and will tear through anyone that would stand in his way. Following at all times are his two powerful sprites, Grasshopper and Locust. 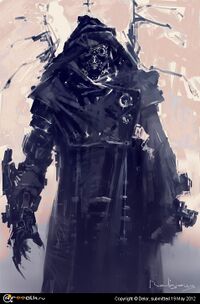 Handraniel-Second in command to Azazel and is far more human acting then the rest of his comrades. He is the gatekeeper to the group and is the first person that an individual would meet before meeting more of the group. He always has his sprite, Helianthus, staff at his side. 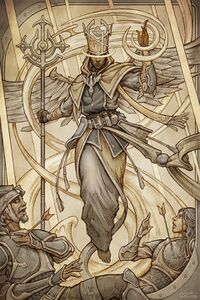 Grema-Persona takes the form of an old and haggard woman. An artificially created otaku now technomancer and is very openly proud of the fact. She is incredibly loyal to Azazel and is cautious of anyone meeting them while she is not present. She always has a small cohort of monstrous sprites that follow her around. 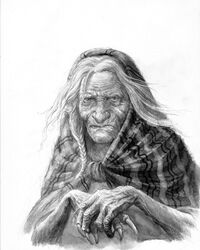 Hyperion-Young, ambitious, and hot headed Hyperion is the kind of hacker that is more likely to get his brain fried by Black IC then make something himself. The guard dog of the Host he is one that Azazel sends when he needs someone taken down. 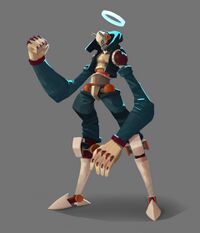 Sydney-Quite and mysterious Sydney says very little and anyone that they do speak is stilted. They are very open in the fact that they are only here for protection. 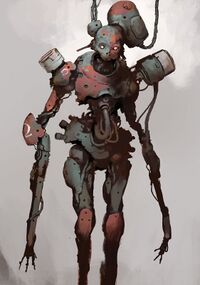 Teldragon is a free spirit that lives within his own personal domain within the metaplanes. He is primarily looking for information on "The Horned God" and also the emergence of the possible Matrix gods within Seattle. He is in the habit of hiring runners to do tasks for which he or his minions are unable to do. Mostly he pays either in gold or information of their choosing.