Dragon of a Problem

Be wary when a new figure shows up at a card game, no matter how much money they have. Winning too much can be a detriment in this world. After a night of drunken gambling, "Lucky" Lucia Carina finds that the lucky streak that she's been on has taken a sharp turn due to a curse from a Lesser Dragon.

The self-proclaimed "Luckiest Woman in the Sixth World" Lucia has seemed blessed by the gods of luck. After a successful few months in UCAS, she began to hit up a series of underground gambling dens to score more NuYen outside of the system. Unfortunately, these dens were owned by someone who doesn't appreciate the manipulation of luck. 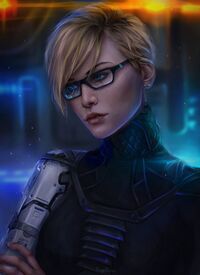 The Luckiest Woman in the world, a career gambling addict and up until recently, more than happy to push her luck as far as possible.

A series of underground gambling dens with criminal and shadow connections. Run by a lesser dragon in secret. 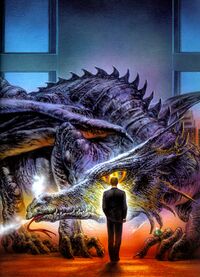 The hosts and dealers of the underground gambling dens known as the Quantum Cards. They serve Mylinthaja loyally and without fail.