The Mafia has always been a part of Seattle, and one Family aims to take back what was once theirs.

The third most powerful family in Seattle, has fallen on hard times. After several incursions by the Octagon, as well as the constant presence of the Ragers and the Spikes, the Gianelli Family has fallen from grace within it's areas of focus; Tacoma, Puyallup and Auburn. Realizing that if things are quickly turned around the family may as well be finished, Don Joseph Gianelli resorts to unheard of tactics by the old guard; hiring shadow runners to take back what is his. Trusting in the capabilities of his up and coming Capo Antonio "Vice" Vecce, the Don fully expects results from this endeavor, and is willing to throw cash and equipment at it to encourage success. 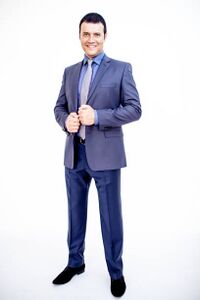 A Caporegime in service to the Gianelli Family, looking to move up in the organization. As ordered by his Don, Vice seeks to hire runners to shore up the defenses of the family, and to go on the offensive against those who stand in the way of the families rise. Vice's personal ambitions know no bounds, as he gleefully trades cash and equipment to meet the demands of his boss.

Enemies of the Family

The Ragers. The Spikes. Most importantly the Octagon, representatives of the Yakuza.