Temple in the Shadows

The streets of Seattle have always been stained with sin. Good people killed without thought, the corporations worshipped as false idols, and those who try to fight against it falling to corruption or greed. For too long as the Light of the Lord been ignored and the sins of the Adversary have been allowed to fester and grow like an uncontrolled infection.

Along with the recent surge of those afflicted with HMHVV becoming bolder and bolder in their feeding practices, and more Infected appearing seemingly every day, it has become untenable to allow the shadows to continue unexposed. With the recent annoucement His Holiness within The Vatican has chosen to dispatch The Order of the Temple in order to purge the sin from the Shadows, and bring them back into the Light of God.

The Order of the Temple

A secretive organization within the ranks of the Roman Catholic Church, they are known as the military branch of the church, filled with zealots and true believers to a one, they are brought in to handle threats to the church and the world that cannot be dealt with in another way. Filled with warriors and magicians of every stripe, so long as they believe in the One True God, they seek to make the world a better place through their belief.

They see the organizations that infest the shadows, organizations that feed on the innocent for their own fortune and power, and have deemed these sins to warrant the harshest possible punishment. They desire to clean the streets of syndicates, gangs, magical groups that they feel turn people away from the light of God and any threat they believe warrants the response of His Holy Army.

Father Michael: The Tactician and leader of this sect of the Order of the Temple. Has spent over 50 years serving the Vatican and has seen the worst that the world has to offer. 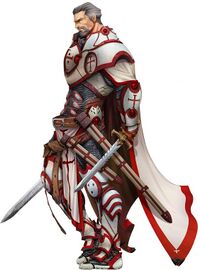 Father Gabrielle: The General and Warleader of this sect of the Order of the Temple. She's well-practiced with almost every form of combat in the world, and has earned her position through many successful war efforts behind the scenes. 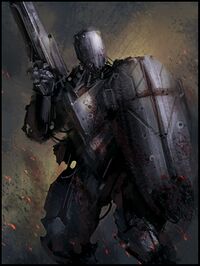 Father Raphael: The Diplomat of this sect of the Order of the Temple. Raphael has a long career of diplomacy behind them and has negotiated the surrender of many a foe. Utterly devoted to their study of scripture and the art of diplomacy. 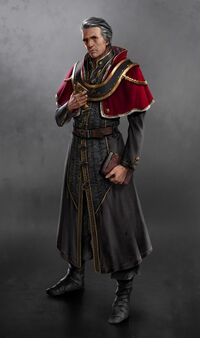 Father Uriel: The Spymaster of this sect of the Order of the Temple, and the main point of contact for deniable assets. Seems particularly well-versed in the runners of the ShadowHaven, as if he's been getting information from someone. 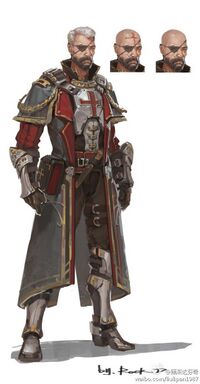 The Night Throne & Other Shadowy Organizations

Amelie and Jean-Baptiste: The leaders of the Night Throne and founders of a vampiric cult.

Black Lodge: A secret society that steer the world where they wish, acting as Gods

King Midas & the Laesa: A criminal syndicate that takes away the memories of people and makes them servants.

Juliette Burns & The Burns' Coven: A group headed by a powerful Black Mage that answers to no power but herself.

Chaplain Carmilla & Her coven: A Black Mage turned toxic that threatens the entirety of the world, not just Seattle.

Pump King Jack & The Starcreamers (Possibly the Halloweeners by extension): A Shadow Spirit that is building an astral tower of Babel in the middle of Redmond using metahumans it has subjugated. The Order cannot let such folly stand