Eccentric and oft mercurial veteran of the shadows, Marionette lives and breathes the underworld of Seattle. Go to him when you need something, anything, doing.

With few contacts and fewer remaining friends, Marionettes efforts against more esoteric threats have waned. He's ground himself to a standstill, and has taken a new direction. Joining up with an ex-SpecOp outfit in the barrens, he's looking to reforge a name for himself again and get some serious political clout using his past reputation. The past has come back to bite him, demonstrating he was never really free of the East.

Born with the intent of furthering Russia's super soldier program, Marion was the subject of extensive genetic experimentation in facilities across Eastern Europe, but rejected his education while developing a deep distrust of his 'guardians'. He made good his escape in his late teens, assisted by opportunistic elements of the Vory. Initally grateful, he was used as a blunt tool due to his abilities and treated poorly. Developing a reputation for himself, he managed to get papers and fled europe, landing him in seattle as a foreign murderer-for-hire. Still persued by the russian government, Marion developed a deep-seated paranoia, seeded by his antisocial upbringing.

Traveling frequently, Marion has spent time living in a variety of locales from England to China, never staying in one place for too long. Maybe this time will be different, but he doubts it; the Vory are here, and trouble is never far behind.

Marions goals have changed a lot over time but currently they are roughly: 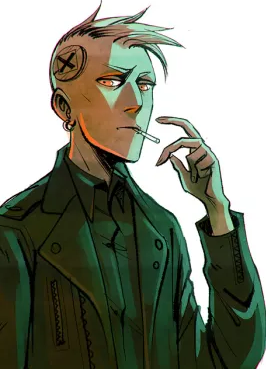 Local Fame: Marionette has become the name in local blacksite penetration, a long career coupled with an emerging lack of subtlty has lead to his being well known, for good or ill.

Paranoia: It's not paranoia if they really are out to get you.

Poor Self Control (Thrill Seeker): He's not scared of the monsters in the closet anymore.

Jack of all Trades, Master of none: Marion is almost obsessively self sufficient, capable of replacing a entire runner team in many cases.

Wanted: A high profile person of interest to both the UGB and EVO, for actions taken against them.

Glamour/Distinctive Style: Marion is a very recognizable runner, and one of very few male dryads.

<We Trusted But Something Has Gone Wrong>

<Get out of here, Runners!>

<Year of the Dragon>

<Fruit of the Moneytree>

<The Consequences for Peacful Solutions>

<Drug resupply aka Fear and loathing in Puyallup>

<Big D And The Kids Table's Spit That Champagne Out>

<That Time We Blow Up All The Pickles>

<The Steps are Paved With Good Intentions>

<Pull it by the Roots>

<The Dragon Strikes Back>

<Indulgence for the 14th of September>

<Times to Watch, Times to Act>

<Living for a work> 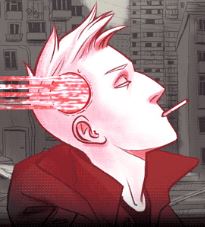 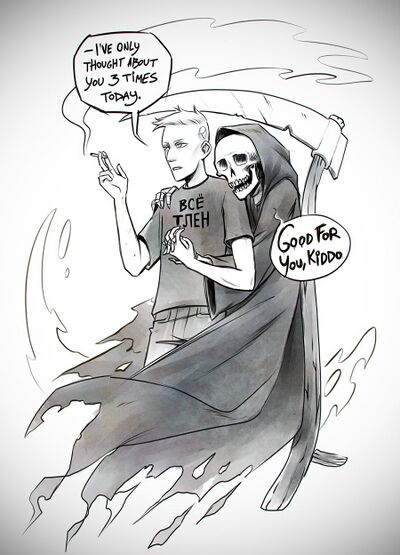 Children of the Dragon +2

The Order of the Delayed Calamity +1

Intentionally refrains from such behaviour, though has a penchant for north european folklore on the rare flamboyancy.

Can commonly be seen driving his beloved Westwind 3000, racing at night on the highways of seattle.

Never without his katana, which commands an ethereal aura of Respect.

A slight man, Marion is at best reserved, and at worst twitchy and suspicious. UCC and Skilljack tabs pouring from the back of his head betray his form otherwise umblemished by chrome, along with the telltale shake of those cursed with either Parkinsons or Move-By-Wire. Seeing a firearm in his hands would confirm both the latter and the reason for his moniker, Marionette.

As Marion has become more professional over time, he will be often seen in business attire; switching to very distinctive Full Body Armour when found in combat situations.

Given the often freezing temperatures in seattle, He'll often be more wrapped up, using AR fashion to style his cloak to local tastes.

Otherwise, a beautiful cloak and coat conceals layers of protective materials to help him blend in and keep unwanted signals at bay. 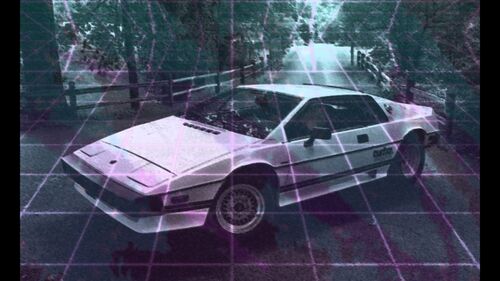 - There are several videos on the trix of Marion engaging in a battle of the bands with SpinRad employees. These are totally fake, okay?