Rich kid with military service turns runner for the kicks and the payday. Emerged and hidden.

Return to his comfortable luxury lifestyle.

Further investigate the existence and purpose of the world tree.

Wyatt grew up with a silver soon in his mouth, living the rich life in Seattle hobnobbing with the best of the elite children. All was great until his 10th birthday when he began seeing things. Glitches in his vision, numbers appearing and disappearing. This continued to worsen until he passed out. Terrified his parents rushed him to their private concierge doctor, Hank Lawson. Shortly after testing began Wyatt awoke murmuring about alternate worlds. Dr Lawson suspected an awakening, that perhaps Wyatt had begun to see the astral. He was mistaken, Wyatt had emerged instead. Fearing capture and invasive testing for both Wyatt and themselves. The Hastors bribed the Dr to keep quiet and began investing much of their resources in to preventing anyone from finding out.

In early teens the Hastor's resources began to dwindle, their political reach shortening. This prompted Wyatt's father to begin coaxing him into military service. Serving could only improve his political future and provide some much needed leverage to continue the family name. Upon reaching 18 he was all but forced into the service. He was however able to barter this service for some new toys, a series of implants designed to improve his chances of doing well in the service as well as to hinder his innate resonant abilities, a form of camouflage to make him stand out in ways that would keep others from looking too closely. His time in the service was fairly uneventful. Basic training and a stint with the rangers world provide the political push needed to get him into office. All went according to plan until the untimely death of both his parents, an accident.

With his tour complete Wyatt left the army behind. He cracked open his trust fund and decided his parents dreams weren't his. The money was good enough to life off of, but not at the level he would like, as a result he began taking mercenary work. The excitement keeps him busy and they pay keeps him living like a playboy. At least as far as the outside can tell.

Ronin - Wyatt spent his life learning to understand what ones reputation means and how important that is to maintain.

Trust Fund 1 - Wyatt's parents left him with enough money to get started in life and live pretty care free. It wasn't as much as they would have liked but it keeps him off the streets.

Faceless - Wyatt has a good thing with his trust fund and doesn't like the idea of screwing it up. As a result if he is performing as a runner he needs to keep his face concealed.

Matrix Troll - As an emerged script kitty Wyatt use to have a lot of fun pranking his buddies social media accounts, this spirit continues on today.

No Man Left Behind - Wyatt didn't learn much from the army but they managed to imprint on him the importants of ones team.

Argentum Coat over some nice looking clothing designed to show off his limbs. 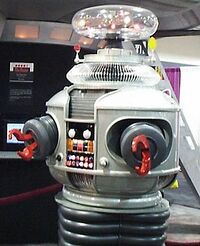